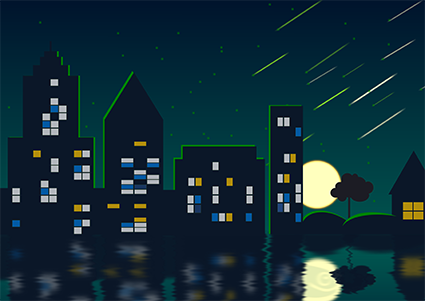 Dear contributors, friends and fans: The release is here!

Eight months of planning, packaging, adding features, fixing issues, testing and fixing more issues has brought you the best that Free and Open Source has to offer, with our Green touch: Stable and Awesome.The geeko has landed

This release did benefit from the improvements to our testing infrastructure and much attention for bug fixing. While a combination of over 6000 packages supporting 5 architectures can never be perfect, we’re proud to say this really does represent the best Free Software has to offer! The latest desktops (five of them!), server and cloud technologies, software development tools and everything in between are included as well as a number of exciting, new technologies for you to play with. Enjoy!

Stabilized
Much effort was put in testing openSUSE 13.1, with improvements to our automated openQA testing tool, a global bug fixing hackathon and more. The btrfs file system has received a serious workout and while not default, is considered stable for everyday usage. This release has been selected for Evergreen maintenance extending its life cycle to 3 years.

Networked
This release introduces the latest OpenStack Havana with almost 400 new features. Web server admins will appreciate the latest Apache, MySQL and MariaDB updates. Web developers benefit from an updated Ruby 2.0 on Rails 4 with improvements from core classes to better caching in the Rails framework and the latest php 5.4.2 comes with a build-in testing server. End users can now mount Amazon s3 buckets as local file system and use much improved Samba 4.1 with better windows domains support.

Polished
openSUSE 13.1 comes with much improved font hinting thanks to the new font engine in Freetype 2.5. YaST has been ported to Ruby, opening contribution up to a large number of skilled developers. In this release, ActiveDoc replaces doc.opensuse.org and the majority of packaged documents in openSUSE, lowering the barrier to contribution.

Faster
New is accelerated video with VDPAU support in MESA and an optimized version of glibc for 32bit systems. Linux 3.11 includes work on ‘page reclaim’, maintaining performance during disk operations.

Feature-full
Desktop users will appreciate the Android devices integration in the KDE file manager, in the shell and in music player Amarok. Artists have to try out the new Krita improvements with textured painting, greyscale masks & selections and more. GNOME Shell introduces a redesign of the system status bar and Header Bars in many applications, making better use of screen space. Enlightenment now also has an openSUSE theme.

Innovative
This release comes with a number of experimental technologies to try out. This includes preliminary Wayland support with Weston compositor in GNOME Shell and KDE Plasma Desktop as well as improved support for Ultra high-resolution in applications and shells. New is also the LightDM KDE greeter and a plasma NetworkManagement applet for testing.